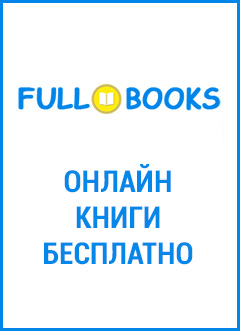 The ship came down in a flurry of red dust, which the pilots saw through their tinted windscreens. The added correction of their tinted sunglasses made the dust appear green-gray. There was a moral to this, but it was not immediately apparent.

In the main cabin, the passengers sat in long rows, in state-of-the-art chairs that permitted all postures. Each seat was equipped with a small television monitor that could swing out on the release of a catch. These monitors replaced windows, which were deemed superfluous. The fact that everything that happened outside was not shown in its true colors was considered unimportant. There was a moral to this, too.

"So it would seem, Piotr Dembrosky," the other responded.

"And soon we will disembark," Piotr added.

Ivan shrugged. "Maybe, maybe not. It is not inconceivable that they will start the engines again and fly us back to Earth."

"Most unlikely. This landing is the end-result of long and careful planning. And now we are here, and can consider ourselves Martians."

"I detect a note of triumph in your voice, Piotr. Do you really think it is a great thing to come to Mars?"

Piotr looked at him in amazement. "Is it not, then, a triumph for the human race? And a rare expression of the indomitable Russian spirit?"

"I do say so! Ivan, consider, our ancestors worked for this day. Now it is here at last!"

Ivan shrugged. He looked unwell, miserable in fact. There was a greenish tinge to his fair skin. His lips were liverish beneath a large shaggy moustache that gave him a resemblance to a young Freidrich Nietzsche. His eyes were bloodshot.

Piotr resented Ivan for looking so bad. Ivan's appearance seemed a commentary on the entire Mars enterprise, the great adventure that had taken them far from their ancestral village near Omsk, out into the greater world of the solar system, to be a part of mankind's expansion into the universe.

The spaceship came to a complete stop. People around them were unstrapping, getting out of their seats, folding their complimentary in-space magazines and putting them in their pockets. Some were wrestling luggage out of the overhead compartments. Others were already in the isles, shuffling toward the exits.

"They are leaving!' Piotr said.

"You always were a joiner, weren't you?" Ivan said. "Someone gets off a spaceship, you want to get off, too."

"Sheep to the slaughter!' Ivan said.

"There is no slaughter here," Piotr said. "Merely an orderly procession going out to the new land. Come, let us join them."

"How can you say that? You were complaining only last night that your back ached!" Piotr said.

"What has that to do with leaving this perfectly comfortable ship? And besides, how do we know this is Mars? Have you seen any signs or billboards? Maybe the ships made an unscheduled stop at a satellite."

"We already stopped at a satellite. Don't you remember? We took on fuel, food."

"The satellite's version of Chicken Kiev is not what I would call food," Ivan said.

"I didn't like it much, either," Piotr said. "What I want is some fish, but there's no fresh fish on the satellites or on Mars. They have a water shortage, you know."

"How much water does it take to fill a tank with fish?"

And then the spaceship captain himself, Ilya Schmirensky, came out of the pilot's compartment.

"What's this?" Schmirensky said. "Why haven't you men left the ship?"

"I'm waiting for him," Piotr said, pointing to Ivan.

"I'm waiting for I don't know what," Ivan said.

"Listen, boys, Schmirensky said, "you have to get out. I need to get this ship into space again, back to Earth to pick up another load. I can't hold things up because a couple of men are frightened of a new planet."

"It must be you," the captain said. "It obviously isn't me. I have done what I was hired to do, what I was trained to do. I have brought our ship to the Red Planet."

"You're an executive, you have special privileges, that's why you have no fear. And we were told Mars was red, but look, it's grayish-green." Ivan pointed to the TV screen.

"And what other natural distortions are we likely to encounter?" Ivan demanded.

Just then a man appeared behind the captain. He had a camera held up to his eye and was filming everything.

"The camera is rolling!" the captain said. "Get off, this is shameful."

"Not one inch of film will be omitted," the captain declared. "We will show this disembarkation in its entirety, no matter how long it takes."

"It's taking too long,' the cameraman said. "We're running out of film."

"He's lying,' Ivan said. "It is a video camera, it's filled with an endless supply of video tape."

"Nothing is endless," the cameraman said. "Not even video tape."

"Do you know what I think?" Ivan said. "I think we have never left Earth. We have been circling some big desert for months and months-the Sahara, perhaps. And now our masters have ordered us to land. We are to be sold as indentured labor to the Arabs! That's what I think."

"Absurd," the captain said. "There's not an Arab within ten million miles of here."

"You look a little Arab yourself, Captain," Ivan said.

"Excuse me," the cameraman said to the captain. "This man is crazy, but not completely crazy. It is common knowledge that a great mass of negative energy has accumulated around Mars. A leading cosmonautical expert recently explained that Astrogation was finding it increasingly difficult to find windows of opportunity through the dense cover of information that occludes and distorts so much of space. We could be anywhere."

"I heard that too," a voice behind the cameraman said. He was a shock-haired young man with a large camera bag slung over his shoulders. He was the assistant cameraman..

"My name is Misha,' he said. "I have been listening to your discussion with interest. It occurred to me that once upon a time oxymorons and unusual juxtapositions charmed us. But we would have been amazed to see a man with a parrot for an arm, like that fellow over there."

Misha gestured at the TV screen. It showed a tall man in dark clothing, who seemed to be waiting for a bus. He was in no respect unusual except that his left arm terminated in a parrot.

"Startling, you think," Misha went on. But there have been articles on this in several magazines on Earth. CNN ran a special on it not too long ago. Psychic psittacosis, I believe they called it. It first sprang up in Madagascar, or maybe it was Dahomey. Africans are subject to this sort of thing. It is an objectification of hysteria."

Sasha, the cameraman, said, "How can you know this, Misha? You have proven to my satisfaction that there exists an impenetrable sphere of unknowingness. But we are within that cloud, so how can you know about it?"

Sasha said, "We know it because we are Russians, my friend. This sort of talk is mother's milk to us. What we're dealing with here is the veritable context of science fiction. Once this context was the possession of the English-speaking races. Only they could think in science fiction. But we Russians have always had certain advantages in the thinking and speculating departments, and so now we have surpassed them."

"How do you suppose the present state of affairs came about?" Piotr asked.

"Physics has shown that something is always born of nothing. Not just some of the time, but always and exclusively. And what else could something be born from if not nothing?

"So nothing is real?"

"On the contrary," Ivan said, suddenly joining the conversation, "everything is real. But we are not equipped to react to it, because reality has entered the sphere of the banal, which by definition is not worthy of consideration. But now we are bound by some categorical imperative to examine even the previously unnoticed banal."

"Bravo," Ivan," Piotr said. "It took a lot of courage to say that. About the man with a parrot for an arm--did you notice he is smoking a cigarette with his parrot?"

"How very Russian of him!"

The captain now said, in a loud and annoyed voice, "You men!"

"Enough playing around. Have you received your assignment papers yet?"

The captain took two papers out of his pocket and handed one to each man.

"Take these outside with you. Show them to the sergeant. He will assign you to a place in the Defense Corps. Do not concern yourselves with questions of real and unreal. Just follow orders."

"Yes sir," Piotr said. "Can you tell me what we are defending against?"

"Don't ask. There will be a lecture on it as soon as you have been assigned quarters and fed."

The men nodded and moved out into the greenish-gray land of Mars.